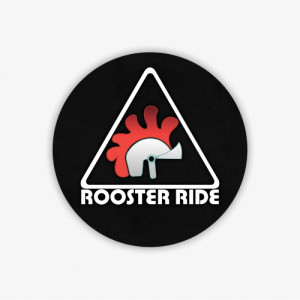 On the 14th of March, Rooster Ride released their first EP "Suffering Ends, Rock Begins". The album consists of 5  tracks plus a radio edit of their title song "Shooting Star" (MV here).

Following the release, they successfully held their first mini concert at Club TA on the 16th of March and have scheduled several more performances towards the end of the month on the 22nd and 27th at Club Bbang, an acoustic performance on the 30th at Wilma Guitar Shop and a performance at Club Freebird on the 31st.

Consisting of Seo Junghyun (guitar/vocals), Na Sangyoon (bass/vocals) and Moon Kisu (drums/vocals) all born in '83, the 3-piece band Rooster Ride has been active as a musical improv trio since 2010 and only really began pursuing music in April of 2012. Seo Junghyun and Na Sangyoon had been playing together since highschool and met the Korean native-Japanese Moon Kisu by chance, and with the mindset of "Let's make fun music" they centered their activities around playing at Hongdae's Club Bbang, Salon Badabie, Soundholic City, and Freebird.

Basing their music on rock, they fuse the sound of various bands' music in homage. This basis of personalities that can infuse any genre with their own colour rather than be fixed to only one musical style reflects the co-existence of diverse music in a music oriented world.

The first track by Rooster Ride was made by expanding their pre-performance sound-checking routine and was a raw 'Rock'n'Roll' number, akin to the playfulness of the early Beatles sound with their witty lyrics and harmonic vocals that add to the richness of the song.

This album's title track "Shooting Star" has an analog synthesizer core with a bass overdrive solo that will keep listeners entertained. "Shooting Star" expresses a youthful image with wordplay like "not smoking the wind or cigarettes", showing listeners the state of the indie scene's unconventional and experimental music.

The unique eye catching title "Suffering ends, Rock begins" is a song reminiscent of Love and Peace's "Its Been A While". The dialog that carries the message of no matter how hard the life is, pleasure and rock will come at the end of the troubles was made into an impressive rap.

In this EP, the song "Now" was announced as last year's Seoul Fringe Festival's official logo song, and features a touching new bassline.

The duo Naru and Parksol are relatively new to the indie world, with their debut album released last summer, but they have already received accolades in the local music scene as well as in the media.

Their first album carried an eclectic mix of indie, pop, rock and alternative jams that hook listeners instantly. Reminding the listeners of British artists of the 1990s, their music is a breath of fresh air from the typical sounds of Hongdae. The lyrics, surprisingly, are all in English with the exception of their eighth track, “Miro.”

Ex. Tardis turned to electronic rock band.
Warning: this video is not recommended for those who are sensitive to visual effects or/and physically or mentally unstable.