Legendary indie duo 10cm has released the recently announced collaboration with pop group After School's sub-unit Orange Caramel. The collaboration was part of LOEN's re:code project and 10cm had chosen to rerecord their song '안아줘요' for re:code Episode IV. An official music video has yet to be released but the song is now available at online music stores. 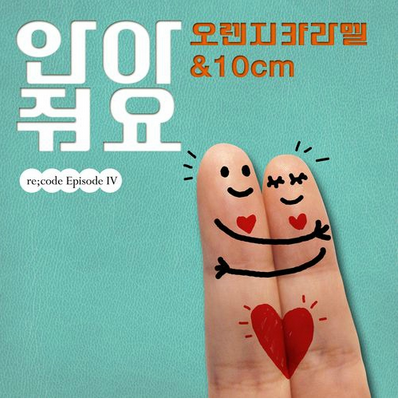